In 1927 Tannous Jannineh had a house built in 'Ayn Karim, where he and his wife Maria lived. Together they had four children: Giries, Zaharia, Mariam and Ibrahim. They were all raised in the house. Their only daughter Mariam eventually moved to Beirut, after getting married. While their first son Giries ventured to El Salvador seeking opportunities in Latin America, like many other of his compatriots who faced economic hardships in the politically unstable British Mandate of Palestine.

The house became the home of a new generation, when Zaharia married Regina. They had seven children, Jamileh, Mary, Mahlaki, Hanna, Tannous, Yousef and Yolanda. Ibrahim on the other hand married Jamileh and became parents to Ishaq and Yacoub. All the grandchildren of Sido Tannous and Sitti Maria were born and raised in the family house in 'Ayn Karim. 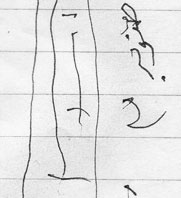 Head to 'Ayn Karim. When you reach the lawayeh, corba or curve, turn to your left where you will see a little path that leads to a house. On the way to the house, you pass by three pine trees, each one was planted and then named after Abu Hanna and Umm Hanna’s, three daughters Jamileh, Marie and Mahlaki. The house has a garden with apricot trees, pine trees, apple trees, lemon trees and grape trees. It is surrounded by a large plot of land where the family grows their own vegetables like bandora (tomatoes), batata (potatoes), faqus (small cucumbers) and malfouf (cabbage). This land is used as a communal garden where anyone from the neighbourhood and other parts of Jerusalem can come and pick seasonal fruits and vegetables for free. You will notice that inscribed into the stone at the entrance of the house is a cross and a verse from the Bible. The neighbours to the back of Dar Jannineh’s are Dar Mansour, Dar Abis, Dar El Hraisy, Dar Jubran, and Dar Zacharia and to the front on the other side of the street is Dar Dibsy and the Muslim Cemetery. Should you have difficulty finding the house, go to the sisters at San Giovani, known also as St John the Baptist Church, where Mary, the daughter of Abu Hanna and Umm Hanna attended school and learned Italian – the sisters at school will kindly guide you to Dar Jannineh. You might see, Mary’s adorable dog Bobby roaming in the streets. 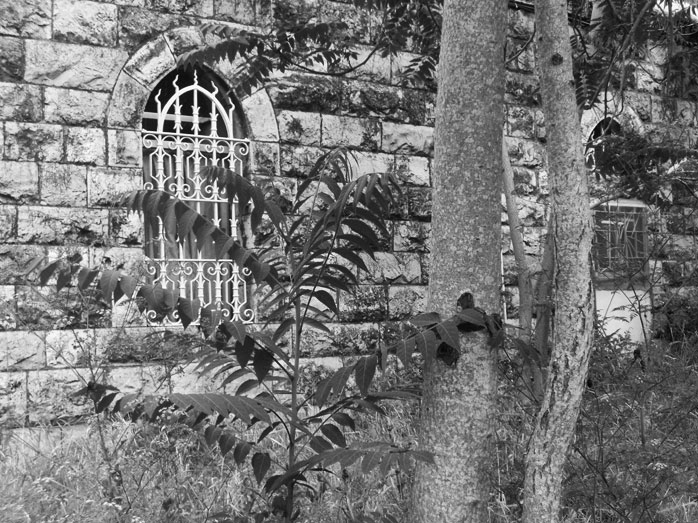