'Enchanting Arab-style House in a Narrow Alley, A Rare Find'

Tanas Halaby was the contractor and owner of the first house that was built in Upper Baqa’a. He and his wife Kiryakie Anastas, a Jerusalemite of Greek origin moved into their house after construction completed sometime in the 1880's. They had eight children, six girls and a boy: Dahood, Nazira, Nabiha, Nadimeh, Jamil, Carmel, and Nada. When his children got older, Abu Dahood gave each one a plot of land in different parts of Jerusalem's western neighbourhoods so they could build their own house.

Abu Dahood and Umm Dahood's two daughters, Nabiha and Julia constructed a two-storey house down the street from their parents in Upper Baqa’a. Julia and her husband Nakleh Hishe owned the Lower Floor of the house where they lived with their children Elias and Katie. Nabiha owned the Upper Floor. Since Nabiha was not married, she decided to stay and live with her parents, Abu Daoud and Umm Daoud.

Jamil Halaby and Katrina Halaby got married in 1935. While they were waiting for their house in Qatamon to go into construction, they rented the Upper Floor of the house from Nabiha. Jamil and Katrina had five children: Betty, Tony, David, and the twins Raouf and Ramzy. Raouf loved the fact that he was born five minutes before Ramzy, making him the older one of the two.

Abu Tony and Umm Tony were never able to realise their dream to move into the house they were building in Qatamon. They were forced to halt construction in 1948 due to unforeseen circumstances. 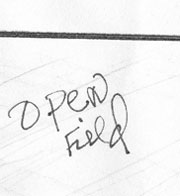 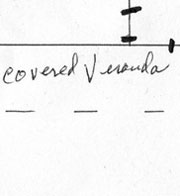 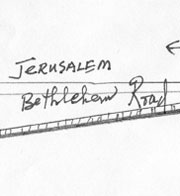 From the YMCA or the King David Hotel, head south by way of Monte Fiore until you reach the train station at the bottom of the hill. Veer slightly to the right and traverse the Jerusalem/Bethlehem Road. Go past the German Colony, cross the railroad tracks, and begin a slight ascent until you get to Upper Baqa’a, a beautiful residential area. Continue driving for approximately half a mile and make a right turn off the Jerusalem/Bethlehem Road into a side street of Upper Baqa’awhere one of the neighbourhood's oldest house was built by the contractor Tanas Halaby around the 1880's. In order to locate this landmark, upon making the right turn count three houses on the right hand side which sit on a gentle slope and you will come across an open field roughly 225 feet deep on your right hand side. Make a turn onto the open space and you will face Tanas Halaby's house. You cannot miss the beautiful stone balustrade of Dar Halaby that he personally instructed to build from local mason cut stone. Walk towards Dar Halaby's and when you get in front of the house, turn left down the same street. You will notice a house on the left side of the street that has a balcony in the front to the left and an ornate iron dual double front door in the center. At the edge of the balcony is a stone column that is the support structure for the upper-storey. The upper-storey façade is a mirror image of the first floor facade. Both balconies are floored with marble tiles. There is a fence that runs along the sidewalk and two gates, one to the left along the driveway and one to the center leading up to the front door. There is a three to four step stairway that leads to the first floor balcony and serves as the entry to the house. On either side of these steps are Lilac bushes. In the front yard there are pear and apple trees that serve as a source of fresh fruits and were made into delicious homemade jams. In the front yard are an almond, peach and a pear tree. Should you be lucky and Umm Tony is preparing lunch making warak-dawali, a rolled grape leaf dish, using ingredients such as the leaves from the grape vines that grow on the side of the house – just follow the aroma of her kitchen.

You might come across Abu Tony and Umm Tony's children eating the sweet grapes from the garden or notice their stained hands after devouring the mouth-watering pomegranates that grow along the other fence of the house. Sometimes you might witness the children picking the pomegranates when they are still tiny. They cut them off the prickly branches, stick a twig in them and pretend they are smoking tobacco pipes. Quite a charming and humorous sight! The side yard has additional fruit trees: pear and apple. Access to the second floor of the house is to the side. About eight steps lead you to the entrance. From there, you need to climb two more flights of steps to reach the second floor. A ladder is always kept on the second floor landing in order to facilitate access to the flat roof that bestows a breathtaking 360 degrees view of the entire Baqa’a neighborhood.

If you cannot find Dar Jamil Halaby's because you have made the wrong turn or got lost, just ask for the house in Upper Baqa’a that is directly across the street from Dar Farraj. To the left of that house is Dar Dajan and to the right Dar Theodosy. Afteem Theodosy is married to Carmel Halaby, the sister of Jamil Halaby. Carmel, who is known to her nieces and nephews as Auntie Carmel or Umm Hanna, will always point you in the right direction. If she is not around, try and spot a small chalet-style house, Dar Attallah's. Facing that house and to its right, is Dar Jamil Halaby. 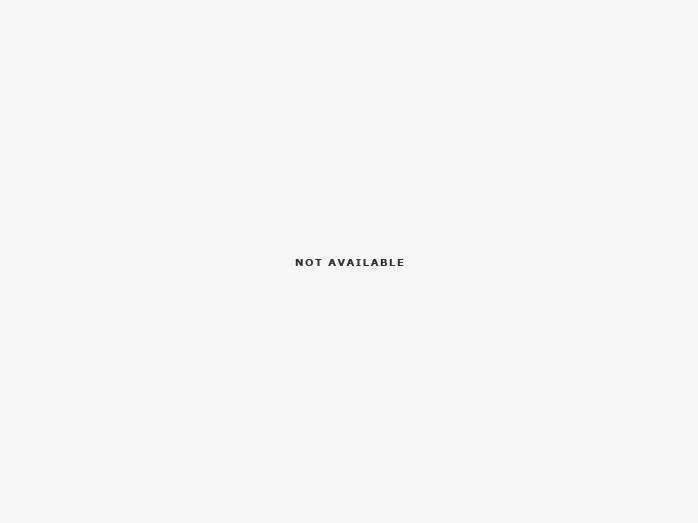