In the early 1900’s, the Qunnais brothers, Mustafa, Issa, Khalil and Mohammed had a house constructed in ‘Ayn Karim. Each one lived in a part of the house with their family. Sido Ibrahim and Sitti Hassibeh resided in the house as well, and so did a Polish family.

Mustafa and Fatima’s children Zaliha, Ishaq, Ismael, Jamileh, Omar, and Ali were particularly close to this Polish family, as they were letting an area of the house that was right next to theirs. At the time, numerous Polish families of WW II alliance soldier lived in Palestine and resided in ‘Ayn Karim. Their community was so large that they opened an all-girls school there that Palestinian girls also attended.

All of Sido Ibrahim and Sitti Hassibeh’s grandchildren were born in the family house except Omar or – as the Polish family called him – Omarish. Umm Ishaq gave birth to Omarish as she was being rushed from ‘Ayn Karim to a hospital in Jerusalem by an ambulance. The driver did not make it very far as Umm Ishaq went into labor shortly after leaving Dar Qunnais. Omarish was born in the ambulance which was parked at one of ‘Ayn Karim’s lawayehs or road curves. 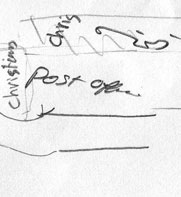 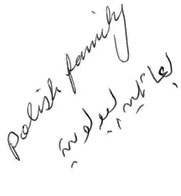 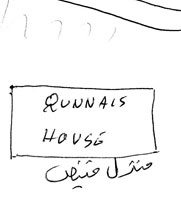 Departing from Jerusalem, take Bus #10 heading to 'Ayn  Karim. Get out of the bus 500 metres before you get to the lawayeh or curve in 'Ayn Karim. To your right, you will see a  two-storey house that has three arches on both levels, that is Dar Qunnais.  Alternatively, you can stop just before the lawayeh where there is a narrow alley that leads to St. John the Baptist Church. At the  entrance of this pedestrian street you will see the Qunnais Grocery, owned by  'Ammi Issa on your right hand side. Continue towards the Franciscan Monastery  and upon reaching it, take a right. After walking roughly 100 metres, the  narrow street turns into a junction, giving you the choice of taking a left or  a right - either way you will get to Dar Qunnais. If you take a left uphill,  the house that has a small engraving with the symbol of two lions on the stone  wall is Dar Qunnais. Otherwise, when you reach the junction you can take a  right downwards and after walking passed the turn, look to your left and you will  see a house that is on a slight incline, you will have reached Dar Qunnais. 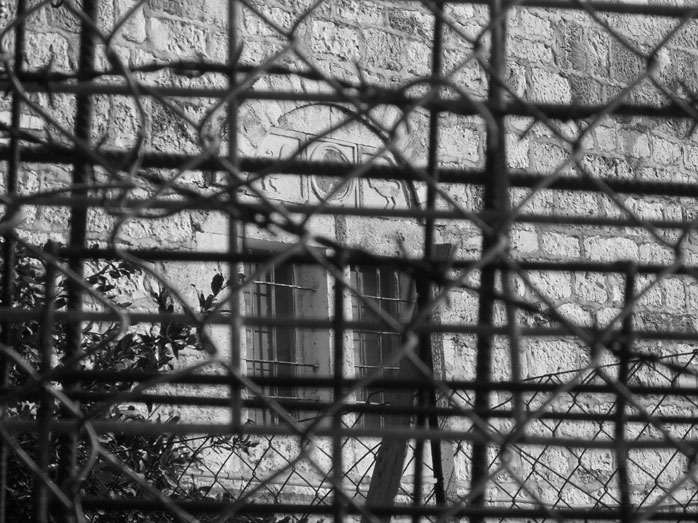