'Unique Arab-style House, Atmosphere of the Past'

Andoni Baramki completed his studies in architecture in Athens, Greece during WW I. He lived in Athens for ten years before returning home to Palestine in the mid-1920's. When he got engaged to Evelyne Khoury, he constructed a house in Jerusalem on St. George Street. Abu Gaby and Umm Gaby had three children: Gaby, Laura and George.

In 1931, Andoni Baramki, one of the few architects in Palestine at the time started building another house in Sa'ad wa-Sa'id featured on this page, which is located only few metres away from the one on St. George Street. The house was built from a hard stone with a reddish pinkish colour that came from Mezra-ar-Sharkiah. Construction was completed about two years later, around 1933. Baramki let various rooms of the house thinking that one day his three children would inherit the property. Laura, the middle child, remembers her mother taking her and her brother to visit the two unmarried old ladies that were renting the ground floor of the house in Sa'ad wa-Sai'd. The two women loved children and would give them tea and cookies as they sat in the veranda and listened to the adults chitchatting. 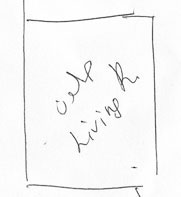 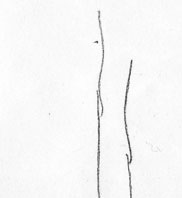 Coming from Sheihk Sharrah, at a given point you will reach a junction that forms a Y shape - don't take the Nablus Road where the American Colony is located but instead make a right on St. George's Street. You will come across a small pine tree forest that is part of the Swedish Consulate and Residence - the two-storey building with a penthouse located near it is Dar Baramki. Continue on the St George's Street towards Mea Sharim. If you go straight on St George's Street you will reach a magnificent building made of red stones. That is the Romanian Church, if you make a left turn to Sa'ed wa Sa'id you will see the Bible Society on the corner - next to it is the house built and owned by, renowned Palestinian architect, Andoni Baramki. 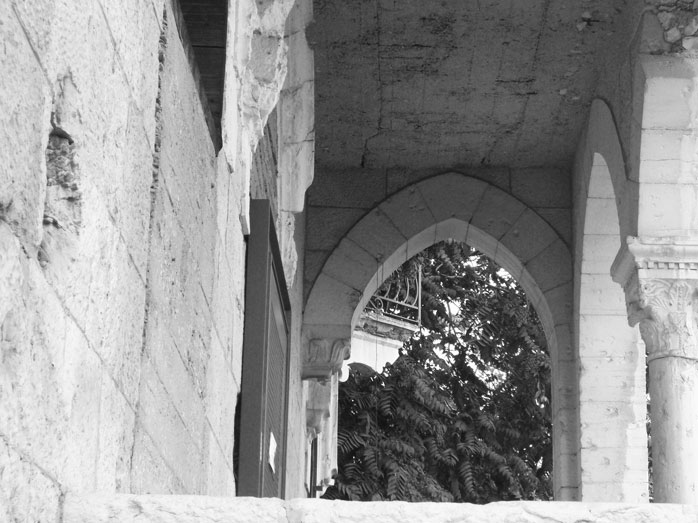